The Latest on the Honolulu Rail Project

For more than four decades, local residents and politicians have hotly debated whether Hawai‛i’s most populated island needs a rail transit line. Honolulu’s traffic congestion consistently lands it a spot among the Top 10 U.S. Cities for highway gridlock. Most Honolulu residents have long considered it the price for living in paradise. But what to do about it?

The City and County of Honolulu is constructing a 20-mile raised rail transit line to connect East Kapolei to Ala Moana Center near Waikiki. The route will begin near the University of Hawai‛i - West O‛ahu campus, and will have twenty-one stations along the way to downtown Honolulu, with stops in communities such as Waipahu, Pearl City, Waimalu, Aiea, Halawa, and the Daniel K. Inouye International Airport.

This will be the first large-scale publicly-run metro system in the U.S. to feature both platform screen doors and driverless operation. But its construction hasn’t been without controversy.

In November 2008, the rail issue was on the ballot and only a slim majority (53%) of voters approved it. At the time, it was projected to be a 34-mile raised rail line, with a price tag of $4 billion, that would ease traffic congestion for commuters into the downtown area. Government officials were later criticized for releasing the Environmental Impact Statement a mere 2 days before the vote, meaning that early voters never saw it and the majority of people went to the polls unaware that the statement had been completed. The findings of the EIS were that the rail project impacts would include land acquisition from private owners on the route, displacement of residents and businesses, aesthetic concerns related to the elevated guideway, and noise from passing trains.

Ten years later, the estimated cost is now $8.1 billion and climbing, while the planned length is down to 20 miles. Needless to say, the Honolulu Rail Project has lost some popular support over the past decade. But with almost half of the line constructed, it’s too late to turn back now. And by all projections, the line isn’t due for completion until the end of 2025.

Local taxes are financing the project, as well as a $1.55 billion grant from the Federal Transit Administration (FTA). After major cost overruns, the temporary .5% increase in the general excise tax that was supposed to expire in 2022 has now been extended to 2030. And a new law this year placed a surcharge of 1% for the next 13 years on the statewide hotel room tax that is paid by tourists. There is no guarantee that there won’t be additional taxes levied in the future to get this project over the finish line.

The first phase of the project linking East Kapolei and Aloha Stadium is scheduled to open in late 2020. Construction of the final 4.3-mile section through downtown Honolulu, which is expected to be the most difficult to build, has not yet started.

Like most major infrastructure work in Hawaii, construction of the rail line is likely to uncover historic human remains in its downtown Honolulu section. The Oahu Island Burial Council (part of the State Historic Preservation Division) is the watchdog to protect the treatment of ancient native Hawaiian burials. 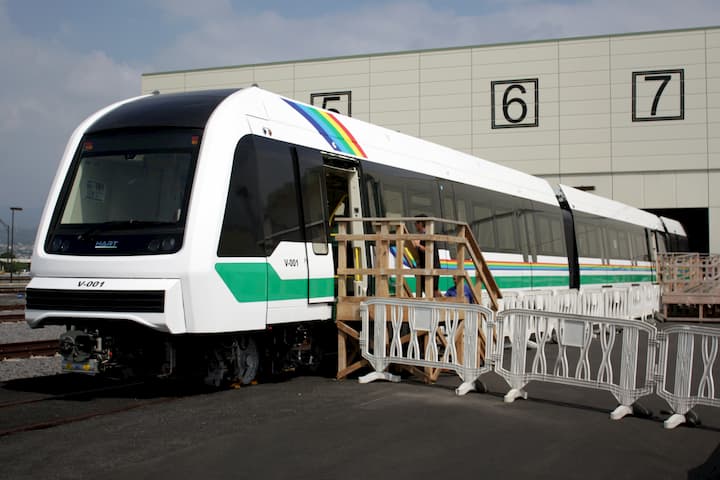 Nan Inc, the contractor set to relocate the utility lines along the 4.3 mile downtown stretch, estimates that it will take until 2022 to complete their work, which they describe as “some of the most disruptive work that’s going to happen on the project”. This utility line relocation will run the following path: through the final eight rail stations along the Dillingham Boulevard corridor, past the Kalihi, Kapalama, and Iwilei stations, onto Nimitz Highway to the Chinatown and Downtown stations, over to Halekauwila Street through the Civic Center and Ward Center stations, and finally along Kona Street to the station fronting Ala Moana. Residents in high-rise towers and businesses on the route have been notified of added noise and traffic while the work proceeds.

While cost overrides of the rail line construction have been in the news consistently, little has been discussed of what it would take to operate the line once completed. The Honolulu rail authority recently announced plans to use a “public-private partnership” approach to develop the last segment of the line as well as the planned Pearl Highlands Transit Center, together estimated at $1.4 billion to build. The plan is to solicit proposals from developers who will finance and build the new facilities as well as operate and maintain the entire rail system for 30 years. For more information on the Honolulu Authority for Rail Transit (HART) project, their website is at http://www.honolulutransit.org/